Details
May 27
Written by
Bob Downs

This past Saturday I was on my way to the 2015 Men’s Opening at Southwood Golf and Country Club in St. Norbert when I noticed that the community was hopping with activity. Immediately south of Winnipeg’s perimeter on Pembina Highway is St. Norbert, a vibrant bilingual community of 5,000 residents and home to Winnipeg’s largest and most popular farmers’ market in the summer, drawing people from all over the city and surrounding areas.

Saturday was the second week the Market was open to the public and traffic was heavy with people everywhere. After making it through the downtown area, I noticed the parking lot was full at the Trappist Monastery Provincial Heritage Park, which is home to the ruins of the former Trappist Monastery and guest house and also where the St. Norbert Arts Centre is located. The Arts Centre features space for visual art, music, theatre and dance presentations, along with guest rooms and studio facilities to accommodate artists.

It is fitting that Southwood Golf and Country Club is next door to the Monastery ruins. Southwood is a premiere example in golf of old meeting new. Manitoba’s oldest golf club is now in its fourth full season at its new location, 10 minutes south of its previous site near the University of Manitoba. In the words of Jeff Scott, GM and Chief Operating Officer “We are proud to have not only tradition but also modern-day relevance.” Jeff is referring to Southwood’s presence on the local golf scene that dates back more than a century – the club traces its roots to 1894 and the old Winnipeg Golf Club, through to the vacated site at the U of M that first opened in 1923. 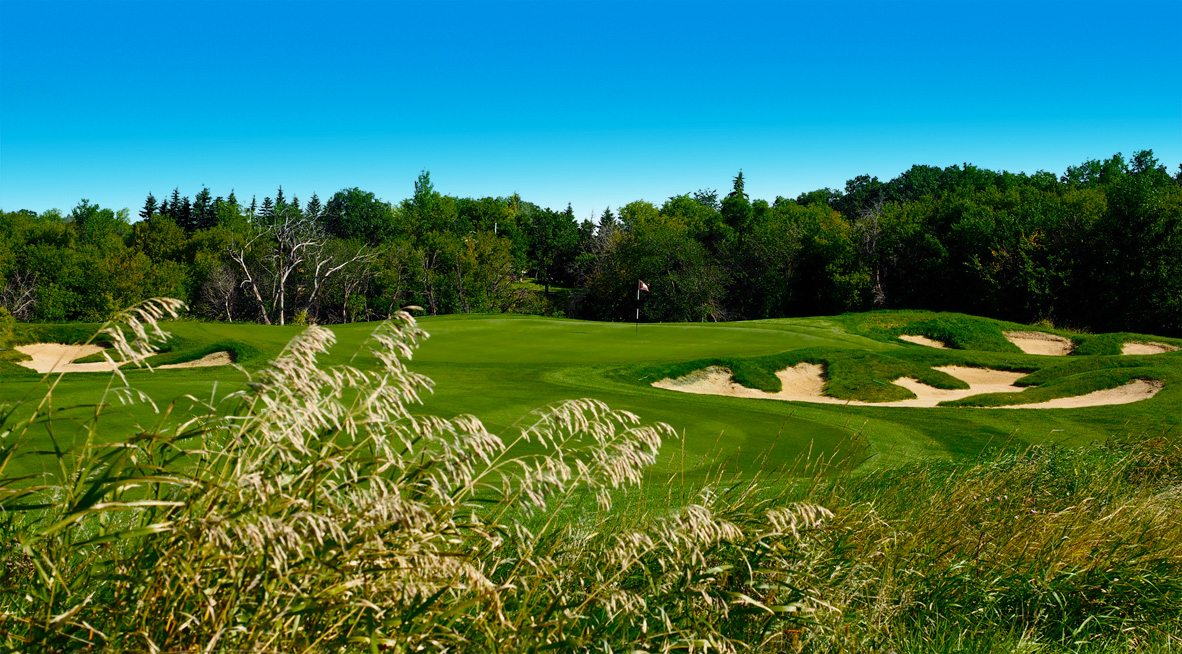 The new location, a Thomas McBroom-designed 18-hole masterpiece on 300 acres with potential for an additional 9 holes, opened in 2011 and includes a world-class 15 acre practice facility that includes a double-ended range.

The clubhouse and surrounding amenities were also designed and built from scratch, making it a preeminent facility for weddings, business meetings and informal get-togethers for members and guests.

Southwood’s four-year-old course has earned rave reviews. Five tee decks spread Southwood’s length from less than 6,000 yards to 7,311, and make it a brutish test from the championship tees, or a bashful beauty from the front. More than 120 golfers at the Men’s Opening had a beautiful day to enjoy the lush green course followed by an excellent dinner provided by Executive Chef Alexander Svenne and his staff.

Four-legged visitors have been known to make an appearance. No longer encroached upon by development, the course is home to a collection of flora and fauna native to southwest Manitoba. Hawks and deer are the two most prominent creatures that make occasional visits, as if to illustrate Southwood’s transformation into its more rural setting.

We look forward a summer filled with enjoyment for all in the friendly community of St. Norbert.